Apple’s new iPhone 13 Series has been unveiled and the company is still going strong with the iPhone 13 Mini. The new iPhones will be available for pre-order on October 19th and will launch on November 3rd.

The iPhone 13 and iPhone 13 Mini have 6.1-inch and 5.4-inch screens, respectively, with Apple’s Ceramic Shield, which is “tougher than any smartphone glass,” according to Apple.

Both have an IP68 certification, a dual-camera system, and a revamped TrueDepth camera system with Face ID that is smaller than previously.

The Wide camera now features sensor-shift OIS, which stabilizes the sensor rather than the lens for more steady pictures, and the custom-designed Ultra-Wide camera now has a new sensor that captures more information in dark areas of photographs and videos with less noise.

The Super Retina XDR OLED displays on the new iPhones have a 28 percent increase in maximum outdoor brightness of 800 nits and a higher peak brightness of 1200 nits for HDR content like as pictures and movies, all while being more power-efficient.

Even if you’re not a great filmmaker, you can capture cinema-style moments with iPhone’s cinematic mode, which captures movies of people, pets, and objects with a beautiful depth effect and automated focus adjustments.

Users can adjust the focus during and after filming in the Photos app and iMovie for iOS, and will soon be able to do so in iMovie for macOS and Final Cut Pro.

Thanks to A15 Bionic and sophisticated machine learning algorithms, cinematic mode records in Dolby Vision HDR. From capture through editing and sharing, HDR video recording with Dolby Vision is now available for 4K up to 60 frames per second on all cameras.

The Apple A15 Bionic processor, 5G connection, and iOS 15 are also included.

The new iPhone 13 Pro and iPhone 13 Pro Max have 6.1-inch and 6.7-inch OLED Super Retina XDR with ProMotion displays with Apple adjustable refresh rate of up to 120Hz, respectively.

Users will be able to experience amazing resolution, color, and contrast when browsing the web or viewing HDR movies on the brightest iPhone display ever, with up to 25% more peak outdoor brightness at 1000 nits.

New sensors and lenses have been added to the triple camera system on the back. The new Wide camera features 1.9 million pixels and an aperture of /1.5.

The Ultra-Wide camera has a larger /1.8 aperture and a new focusing technology, which improves low-light performance by 92 percent. Macro photography is now possible with the new Ultra-Wide camera, which was previously unavailable on earlier iPhones.

A new 77 mm Telephoto camera with 3x optical zoom is included in the iPhone 13 Pro and 13 Pro Max, giving the camera system a total of 6x optical zoom.

Sensor-shift optical image stabilization (OIS) is featured on all versions, stabilizing the sensor rather than the lens for smooth images and stable video even when the user is not present.

This powerful new pro process is made possible by the new camera hardware, better video encoders and decoders in the A15 Bionic, and the flash storage pipeline.

The iPhone 13 Pro and 13 Pro Max also have a 20% smaller notch than the previous model, as well as a Ceramic Shield front cover. 5G connection, IP68 water resistance, the A15 Bionic chip, iOS 15, and 5G are among the other features.

Both versions utilize 100 percent recycled gold for the plating of the main logic board and the wiring in the front and back cameras. The new box no longer has an outer plastic wrap, saving 600 metric tonnes of plastic and bringing Apple closer to its goal of eradicating plastic from all packaging by 2025.

What is the price of the iPhone 13 Series?

Pink, blue, midnight, starlight, and (PRODUCT)RED will be available on the iPhone 13 and iPhone 13 mini, with a new entry-level storage capacity of 128GB, as well as 256GB and 512GB.

Both versions will be available in Malaysia, Mexico, South Korea, Thailand, and almost ten additional countries and regions starting on Friday, October 8.

Both versions will be available in Malaysia, Mexico, South Korea, Thailand, and almost ten additional countries and territories starting on Friday, October 8.

The iphone 13 mini price is a new iPhone that has been unveiled. It features an all-screen design and the same 5.8-inch screen size as the iPhone XS Max. 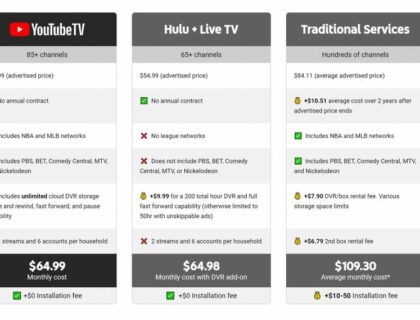