iOS shortcuts are a new way to find content on your iPhone. Here’s how you can use them to create a playlist from Shazam or Spotify.

The “shazam to spotify shortcut ios 14” is a shortcut that allows users to quickly make a playlist or an Apple Music station from the Shazam app.

You may enjoy the music playing in the background while watching movies or walking along the street. I’ll teach you how to add the tune you’re listening to to any Spotify playlist you choose, even if you don’t have the Shazam app on your iPhone or iPad.

Shazam is a popular service that can recognize the titles and lyrics of music that is currently playing. It enables Spotify and Apple Music to be connected. Because it’s so simple to add Shazam-identified tunes to an Apple Music playlist now that Apple has purchased Shazam, I’ll focus on Spotify.

Shazam and Spotify should be connected.

Before I show you how to utilize my shortcut, let’s go through how to link Spotify to the Shazam app, since it takes a little setup when you first use it.

The Shazam app may be downloaded from the AppStore or Google Play Store. To connect to Spotify, slide up from the main screen to My Music, hit the Settings button, and then tap Connect next to the Spotify symbol.

Shazam will build a “My Shazam Music” playlist on Spotify with all of your shazamed tracks after you’ve linked to Spotify. Continue reading to discover how to add the song you’re now listening to to one of your existing Spotify playlists.

Shortcut from Shazam to Spotify Playlist

Shortcuts is an iOS automation app, as you may know. I’ve created a shortcut to recognize the music playing around you and add it to any of your Spotify playlists or libraries, thanks to the Spotify API.

If you’ve never used the Shortcuts app before, this tutorial will help you get started fast. The shortcut was created on iOS 14 and was confirmed to operate on iOS 15. You can set it up by watching the video below.

Step 1: From Routinehub, download the Shazam to Spotify Playlist shortcut.

Step 2.Make sure there is music playing in the background before starting the program for the first time. It will take you to a Safari web page where you will be asked to sign in to your Spotify account.

Step 3: After signing in, you’ll notice a Spotify authorisation code; copy it all and hit Done.

Step 4: Add the detected tune to your Spotify Library or one of your playlists. If you choose “Add to Playlist,” your playlists will be retrieved and you will be able to select one.

That is all there is to it. The currently played song has been added to your Spotify playlist.

I’ve adjusted it for you to make it easier. Alternatively, you may use this shortcut to add Shazam-ed music to a Spotify playlist of your choosing.

Shazam to a Variety of Music Platforms

You may make your own Shazam to Apple Music shortcut by experimenting with the Shazam to Spotify shortcut. It’s simple since Apple Music actions are natively supported in the Shortcuts app. 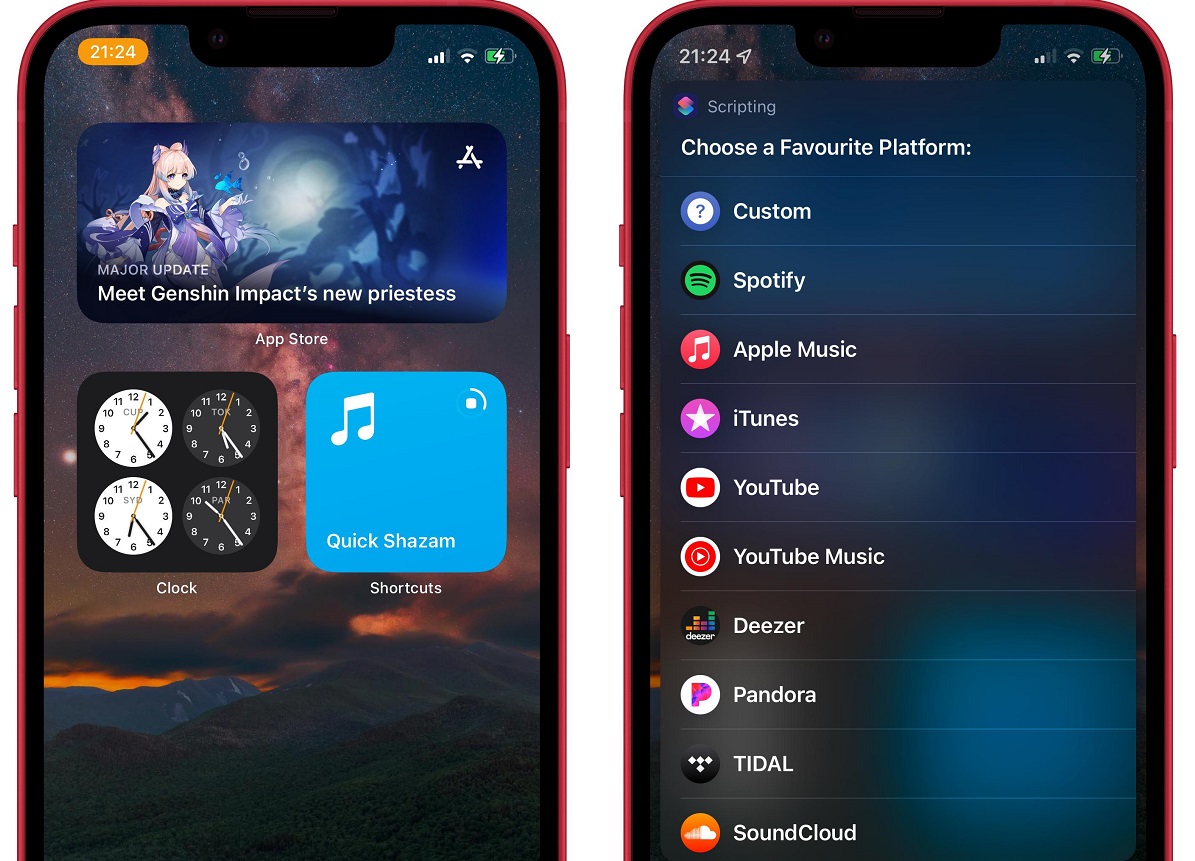 You should obtain this Quick Shazam shortcut if you don’t have an Apple Music membership. It enables you to listen to a song you Shazam on your preferred music platform. Spotify, Apple Music, YouTube, YouTube Music, Deezer, Pandora, Tidal, SoundCloud, Amazon Music, Napster, Yandex, Spinrilla, and more services are supported by this shortcut.

The “shazam apple music free” is a shortcut that allows users to Shazam songs and automatically add them to their Spotify or Apple Music playlist.

How do I connect Shazam to Spotify shortcut?

A: You can connect Shazam to Spotify by downloading the app for your phone, opening it up and creating a free account. Once you create an account, open the app again and search for Spotify Connect in your menu bar at the top of the screen. Click on that icon (it should be red) then select Sign Up With Your Email Address. Fill out all necessary information then click save changes before closing down Spotifys prompts.

How do I make a Spotify playlist shortcut on my iPhone?

How do I create a Shazam shortcut on my iPhone?

A: To create a Shazam shortcut, tap on the three dots in the top right corner of your screen. Then, tap on Shortcuts. Now, simply type Shazam into this field and then press save. This will now be saved as your new shortcut for Shazam!