Progressive web apps (PWAs) are a type of website or application that can be installed on mobile devices without the need for an app store. This means they load instantly, give users more control over their data and don’t rely on third-party services to work properly. They’re designed with speed in mind, using new technologies like WebAssembly and Service Workers which improve performance while also improving security features.

Progressive Web Apps are websites that use modern web technologies to provide an app-like experience. They’re built for speed and work on any device, including desktop computers, smartphones and tablets. 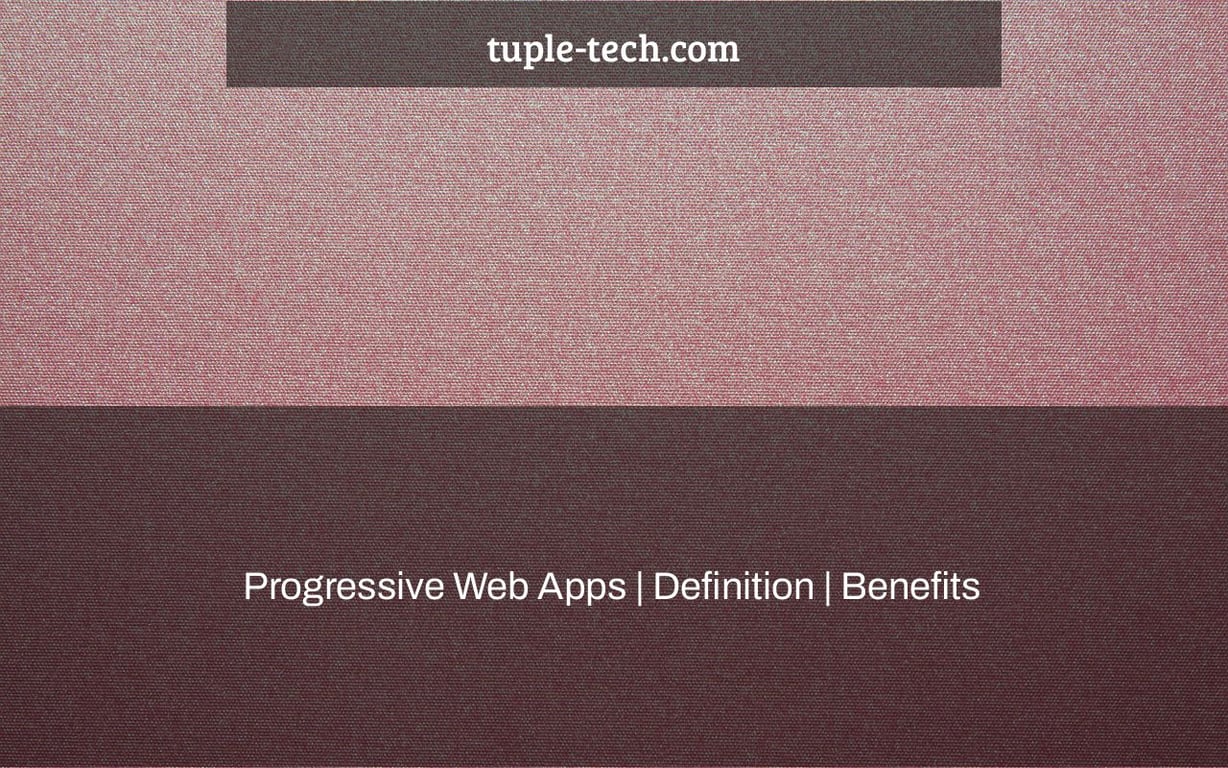 PWAs (Progressive Web Applications) may be the mobile web’s next big thing.

PWAs were first introduced by Google in 2015, and they’ve already gotten a lot of attention because to their simplicity of creation and near-instant improvements in app user experience.

A progressive web application combines the best of mobile and online apps by using cutting-edge technology.

Consider it a website that is developed using web technology but acts and feels like an app.

Web developers may now allow consumers to work offline, download web apps to their home screen, and get push alerts thanks to recent developments in the accessibility of service workers, browsers, Push APIs, and Cache.

When compared to native applications in app stores, PWA (progressive web apps) take use of the considerably larger online ecosystem and the relative ease of launching and maintaining a website.

What are the benefits of Progressive Web Applications (PWAs)? 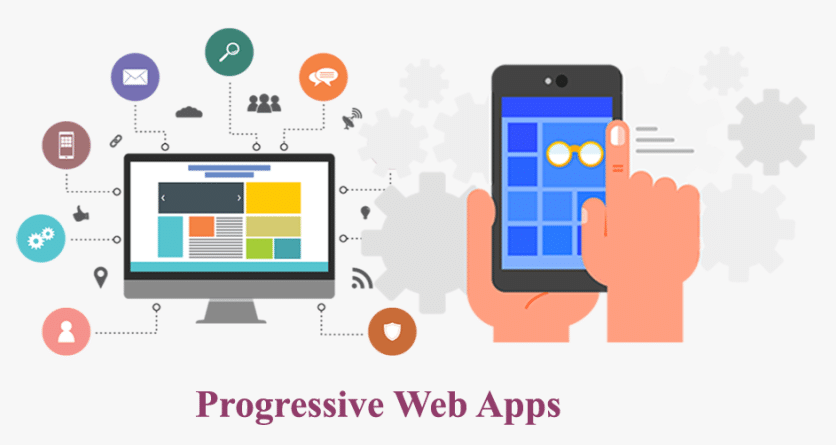 According to a research, for each step between the user’s initial interaction with the program and the user beginning to use the application, an application loses 20% of its users.

The user must first go to the app store, download the app, and then start it.

When you locate a progressive web app, you may immediately start using it without having to download and install anything.

You will be offered to install the app and upgrade to a full-screen experience when you return to the app.

A native app, on the other hand, is in no way inferior. When compared to their non-push equivalents, mobile applications with push notifications have up to three times the retention, and users are three times more likely to start a mobile app than a website.

Furthermore, since certain resources are stored on the mobile device, a well-designed mobile app consumes less bandwidth and is significantly faster.

A progressive web app takes use of the advantages of a mobile app, resulting in higher user engagement and performance without the hassles of maintaining a mobile app. 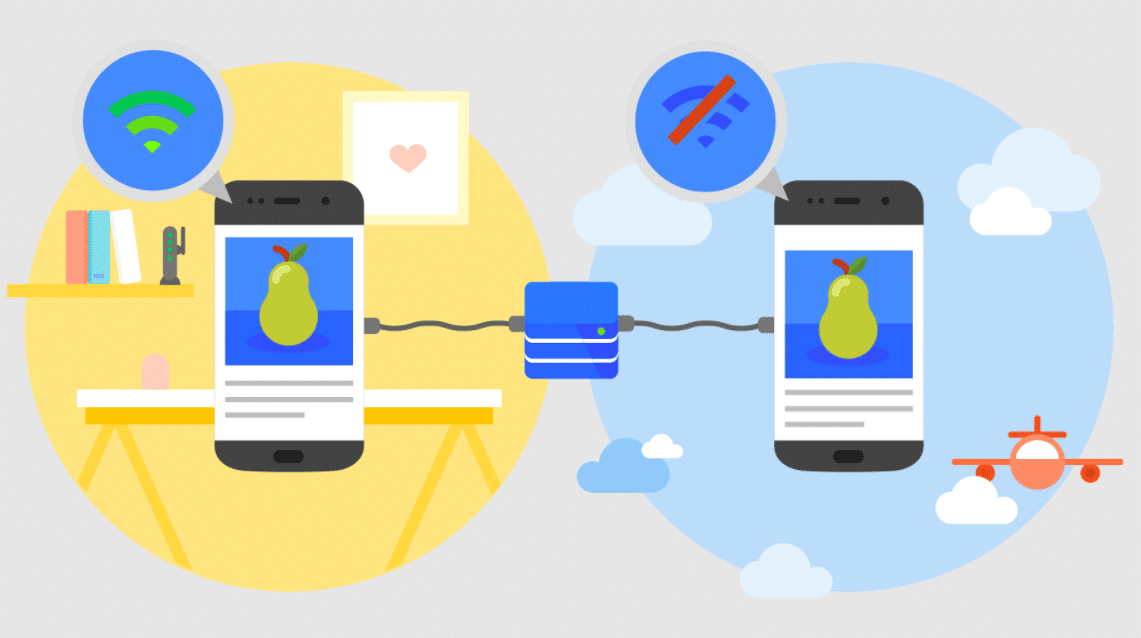 A progressive web app behaves and appears like a native app, and it’s developed on the application model with few refreshes.

A Progressive Web App (PWA) should function even when there is no internet connection.

Because a progressive web application is its own website, search engines should be able to find it. This is a significant advantage over native applications, which are still behind in terms of searchability.

When new material is released and the user has internet access, the progressive web app should be updated to include the new content.

A PWA may be put on the home screen of a device to make it more accessible.

Another feature gained from websites, the URI should be used to display the app’s current status on a well-designed web page.

When a user shares or bookmarks the application’s URL, the web app will refresh or keep its state.

A progressive online application, by definition, must function on all devices, taking use of any capabilities available on the user’s device and web browser.

Users of mobile applications are more inclined to reuse them. Progressive web apps are designed to accomplish the same goals by including features like push notifications.

A progressive web app’s user interface must be tailored to the device’s screen size and form factor.

Because a progressive web app has a user-friendly interface and all network requests may be intercepted by service workers, the application must be hosted via HTTPS (hypertext transfer protocol service) to avoid man-in-the-middle attacks.

Use Cases for Personal Web Apps 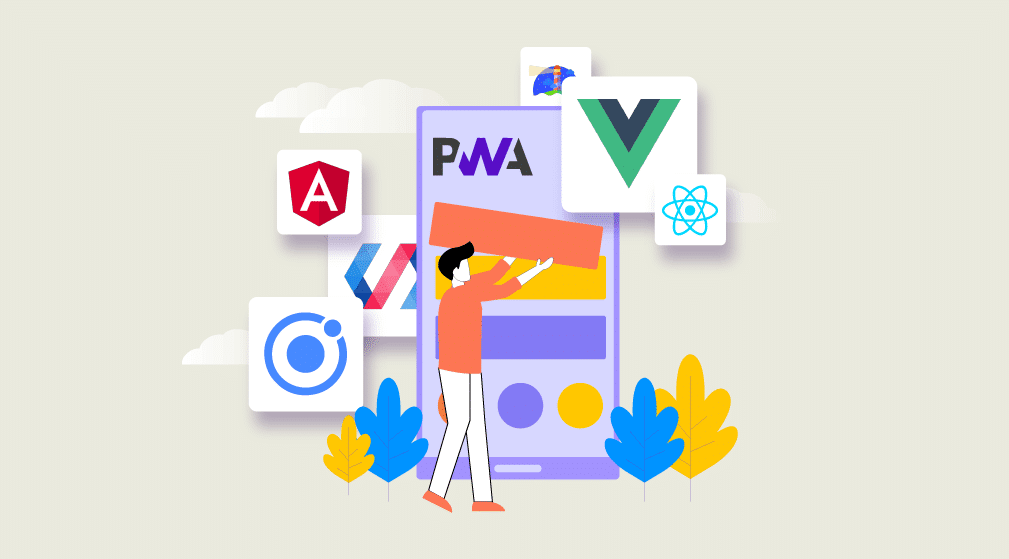 What are the benefits of creating a progressive web application (PWA)? A PWA is similar to a native app in that it is recommended for applications that you intend users to return often.

Flipkart, for example, uses a PWA for its well-known e-commerce platform, Flipkart Lite.

Understand your consumers and, most crucially, their activities before deciding if your next project should be a native mobile app, a Progressive Web App, or a website.

Because a Progressive Web App is ‘progressive,’ it works with all browsers and improves the user experience anytime a user’s web browser is updated with APIs and new and improved capabilities.

Overall, it’s no secret that a company’s performance is critical to its profitability and success.

As a consequence, websites in a variety of sectors are adopting the new PWA (Progressive Web Apps) standard to improve their performance.

What exactly is Zigbee?

A progressive web app is a website that has been built with the idea of being able to work offline. It also has a mobile-optimized design and can be installed from the web. They are more secure than traditional apps because they are hosted on HTTPS, which makes them less prone to malware, phishing and man-in-the-middle attacks. Additionally, they use service workers to cache content so that users don’t have to download it again when their internet connection goes down. Reference: pwa apps list.

What are the benefits of a progressive web app?

What is progressive web app development?

A: Progressive Web Apps are applications that provide an experience similar to native apps. Theyre optimized for the web, and work across all major operating systems without installing anything on your device.